When the founder & CEO of Believe, Denis Ladegaillerie, came for the first time to visit XAnge in 2006 to pitch us his startup, he came highly recommended by a successful repeat entrepreneur and Business Angel. Denis and I sat down to discuss the sea-change the music industry had already experienced by then. It was dominated by a few ‘major labels companies’, who had faced many technology disruptions that would bring them from solidly established players in a tight-knight oligopoly, to a near-death experience, to a revival phase.

Having already spent time in the recorded music industry, Denis had formed an early opinion that the internet was going to profoundly change the way music was produced, distributed, and consumed. Like in other industries we backed, we agreed that this was just the beginning of many more changes that were occurring and would reshape the music industry forever. He wanted to position Believe as a radically new wave of digital-first music distribution and artist services company: a digital technology company for all artists and producers.

With such a meeting of minds, XAnge decided to back Denis’ radically new vision by investing in Believe as the first institutional investors. In doing so, we did not yet know that we had bought ourselves a first-row ticket to a transformational ride that, 15 years later, is still evolving more rapidly than ever.

What has happened since is what every VC profoundly enjoys: seeing all the market forces realign with the original vision of the company. The evolution from being an isolated founder with a big vision to becoming a VC backed successful founder-led enterprise, growing rapidly and profitably, being progressively recognized as an key opinion leader and establishing a global market position.

Let’s go for a dive into 15 years of a history that as a VC, I had the privilege to experience up close.

The early days of Digital music, before Believe

Music has long benefited from technological improvements, but the progress made through its digitalization is probably the biggest revolution so far. It took 25 years to go from the invention of early analog synthesizers in the 1950’s, the appearance of electronic music in the mid 1970’s, and the launch of the first PC & Mac computers, with Digital Audio software, and Compact Digital disks (CD’s) in the 1980’s.

The next 20 years were just as impressive. It saw the invention of the MP3 digital music compression format in the early 1990’s by the German Fraunhofer Institute with the help of Philips, France Telecom and Technicolor. Based on expertise coming from the telecommunications world, this format enabled the quality transmission of music over a ‘miminal’ 128kbit/s online connection. Followed a decade of rapid convergence between artists, musicians and computer/software users. The invention of the World wide web in the mid 1990’s brought the missing part: an unencumbered transmission medium of music online.

As early as 1999, internet-savvy users were able to download entire music albums from home, for free, in a matter of minutes using a program called Napster. Its ease of use, the ability to find any music, old or new, in a serverless, peer-to-peer distributed way, was unprecedented. While this free-for-all approach did not last much beyond 2001, when many legal cases shut down the service, it did announce the start of the dematerialization era, and the rapid demise of all physical format (Vinyl, K7, CD, DAT, MiniDisc…). Coincidently, that same year saw the launch of Apple’s iPod coupled with the iTunes store containing millions of downloadable tunes, accelerating the delinearization trend: from Albums to Songs.

The emergence of fast wireless networks able to carry digital music streams, 3G in 2002, 4G in 2009 and now 5G (2020), as well as the launch of the iPhone in January 2007 by Steve Jobs, made both the internet and music portable. The launch of the streaming killer-application Spotify in 2008 in Sweden was the final ingredient for a new era of fast growth in music.

Since its founding in 2005, Believe’s mission is to enable independent artists and labels to distribute, promote and monetize their songs in the new digital music era where the old way of doing things had to be reinvented. It rapidly found its positioning because of the way the digitalization has transformed how music is produced, distributed and consumed.

From day one, Believe was built with a uniform approach globally, in both developed and emerging markets, with Digital savvy teams, a technology first approach, a model with better remuneration for the artists, who can retain the rights. Believe has been founded with a true win-win partnership model helping empower artists.

What has enabled Believe to grow so fast, has been the rapid decrease of cost in producing music, and the ability for artists all over the planet to do so: A real democratization of music.

Today the entry costs for creating music has been trending down, thanks to the globalization of instrument manufacturing, in low labor cost countries. This has also been the case for electronic audio equipment (mixers, cards, software…) which are now easily accessible to all budgets. An artist can produce in its ‘Home Studio’ with a midmarket PC, a music controller, a DAW software including virtual instruments, a rhythm box or a sampler device (sampling involves borrowing a sample of music to create a new tune). No longer need to have a professionally equipped studio with its large mixing consoles to be in the charts. The leading genre in music, Hip-hop, has benefited the most from this evolution.

Believe’s distribution platform enables artists and labels to be present on more than 150 streaming platforms worldwide. But that alone is not enough. With its physical presence in more than 50 countries, all teams working with the same digital tools, artists get the local support, on the ground, in each key territory worldwide.

The dematerialization of music, coupled with the mobile Internet had a profound economic impact by reducing its cost of distribution. Music can “travel” via the Internet to all parts of the world with no barriers and at marginal cost. An Australian band can reach the ears of a US teenager within hours or less. No more local distributions launch dates or unique promotion approaches.

From a marketing perspective, with music available one click away, with social networks that can detect and amplify a cool new song wherever it’s location worldwide and data tools that can spot any unusual uptick in an artists music, the whole concept of promotion is turned upside down. Emerging artists post videos on YouTube, grow their fan bases directly through social media using digital marketing tools.

Believe provides artists with combined statistics from all streaming platforms as well as video sites, blogs, and social media, so that they can manage the fast growing number of channels to be addressed (with new ones such as TikTok today emerging regularly). The use of big data tools to detect early trends and better manage artistic careers. 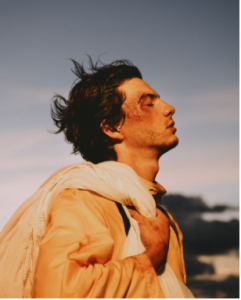 In the last 25 years, we have gone from a sedentary listening of physical formats to a mobile usage of dematerialized ones.

In the last 10 years, we have gone from music ownership to access to music, mostly via streaming services. According to a study published by Goldman Sachs, streaming will represent 86% of the industry’s revenues in 2030 (vs. 56% in 2019) with 1.2Bn paid subscribers. This means more opportunities for artists to connect with their fans globally, in developed countries as well as fast growing emerging countries.

When Believe set foot in the US, stuff began to happen

With the acquisition of New York-based Tunecore in 2015, Believe not only set foot in the US market but it added a ‘Do-it-yourself’ distribution model for emerging artists. Suddenly every aspiring artist could be distributed to more than 150 streaming platforms and reach out to a fast growing audience, hungry to discover new creative work. No need for a label, just the internet.

Tunecore simplifies things for artists with a simple subscription model for an Album (30–50€/year) or for Song (10€/year), while the artist retains 100% of their royalties and digital rights. Today hundreds of thousands of artists are using TuneCore, and the service is busy opening in the fast growing African, Asian, and Latin American markets.

What is the future of Music and what role can Believe play in it ?

Thanks to globalisation, dematerialization, decreasing production costs and the Internet, the music industry has evolved in the last 25 years from a Major hits business dominated by a few legacy players acting as gatekeepers, to a much wider industry with a larger pool of artistic talent of independent artists, directly connected with their fans.

It is now an industry with a very long tail of artistic talent, present both locally and globally. It is estimated by Goldman Sachs in a recent study, that the music industry will triple its size in the next 10 years.

The industry has gone from users having a general affinity to a musical genre, to the explosion of millions of communities & niches of all sizes with shared musical interests. These niches are managed through digital marketing tools, by social networks helping the discovery of talent thanks to AI-based algorithms and the construction of loyal fan bases.

This new ‘artist to fan’ paradigm that Believe is leading will enable thousands of artists to become economically efficient, by providing them a very sustainable business model, in an industry that was used to a more centralized structure up to now.

Given the last 15 years, I trust that Believe will be at the forefront of these new changes.