Most of the previous failures were either expected (Terra Luna, Celsius) or came as half-surprises (Three Arrows, BlockFi). The FTX failure, on the other hand, was a shock to everyone in the industry. Even Changpeng Zhao, the CEO of Binance, who initiated the series of events that led to FTX’s bankruptcy, claims he was not privy to the extent of the damage.

Second, the universe from FTX-founder Sam Bankman-Fried (SBF) encompassed over 130 companies, including Alameda, and was highly regarded. Most professional traders used FTX. Crypto lenders, including Genesis, BlockFi, and Voyager, extended credit lines to Alameda. Top VCs, including Sequoia, Paradigm, Lightspeed, Softbank, and Temasek, invested in FTX. This was an institutional exchange.

Third, FTX was extremely visible. They signed partnerships with many influencers such as Tom Brady and sponsorship deals worth hundreds of millions, even renaming the Miami Heats stadium to FTX stadium. SBF spent a lot of time with regulators and politicians, advocating for regulation. He even helped write the bipartisan Stabenow-Boozeman bill, which is being discussed in congress right now.

Last, and most importantly, while the previously mentioned high-profile failures can still reasonably be characterized as mismanagement, we can already say that the FTX debacle was an outright fraud. A fraud that was long in the making. FTX’s bankruptcy court filing listed some outrageous behaviors, and Sam Bankman-Fried already admitted guilt to journalists at Vox. This was premeditated fraud, not a mistake or loss of confidence, as some journalists (still) portray it.

FTX is one of the worst frauds in history. It’s on the same level as Bernie Madoff and Enron. Getting rid of this type of player is a long-term net positive for the crypto industry. But what about the short term? Unfortunately, I am afraid that the only befitting words are, as always, from Sir Winston Churchill:

“I have nothing to offer but blood, toil, tears and sweat.”

He uttered these words at the parliament on May 13th, 1940, three days after the start of the battle of France. If you are unfamiliar with WW2 history, that’s the French capitulation, the Battle of Britain, and the Blitz. However, in the end (spoiler alert!), the Allies win.

In other words, it will get worse before it gets better. Let’s see how.

This failure goes beyond previous failures. FTX was only the third-largest exchange, but it was the reference exchange for professional traders in the western world. In other words, this was where the “serious” people played, not just gamblers. Several prominent funds or traders have announced significant losses. Ikigai reported that most of its assets were on FTX, High Stakes Capital around 35%, and Multicoin 10%. Galois Capital, which led the charge against Terra Luna, had 50% of its assets on the platform.

Moreover, following the failure of 3AC, FTX had cast itself as the lender of last resort to crypto companies impacted. Its reputation also enabled them to take large loans from crypto lending companies. BlockFi has already announced that it was headed for bankruptcy. Genesis is in a dire situation after lending several billion of dollars to FTX. It froze withdrawal and needs a large capital injection. Genesis is the provider of many crypto lending products. While Genesis might make it, others won’t. These are only the early announcements, and the body count will likely grow over the next few weeks.

Beyond the financial impact that will take some time to play out, the image of the crypto industry is suffering tremendously. Media has a natural tendency to focus on extreme events. During the bull market, record NFT sales received more coverage than the hundreds of artists who sold art pieces for a few hundreds of dollars in the middle of a pandemic, which made in-person exhibitions impossible.

This is no exception. You are forgiven if you missed Nike’s November 14th announcement of .swoosh, its NFT-based digital sneakers’ marketplace, as it was drowned out by pundits and journalists alike pontificating on the FTX debacle. The narrative on web3 and crypto has gone from mildly optimistic to full-on doom. Refocusing on positive initiatives will be even more difficult, and the FTX stain is here to stay. Like Sisyphus, we must yet again rebuild this industry’s reputation in mainstream media and the public. Interestingly enough, some institutional actors are already voicing their support for the industry. Bill Ackman of Pershing Square published an optimistic thread on web3 10 days after the FTX crash. All might not be lost. 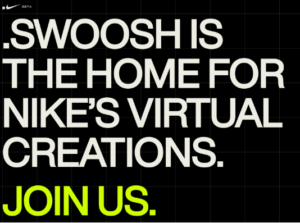 Regulation is coming. The fraud committed by FTX’s management team is yet another proof that regulation is necessary for this industry – just like in any other. At XAnge, we welcome and support regulation. Our web3 fund is fully compliant with regulation, and we are committed to ensuring our portfolio companies respect regulation.

The risk, however, is that regulators draw the wrong conclusions from this fraud. As Pascal Gauthier (CEO of Ledger, an XAnge portfolio company) stated:

“This has nothing to do with Cryptocurrency; this is theft.”

It is important to say: this was a failure of centralized finance. Decentralized Finance (DeFi) and blockchain-based protocols did not fail. Even more interesting, FTX properly serviced loans on decentralized protocols because they were scrutinized by everyone, and liquidation is automatic.

The problem was with the centralized loans to FTX, which were hidden from the public eye. Risk is inherent to financial institutions, and regulation is here to ensure proper risk control is in place at centralized institutions to protect stakeholders. These should have been in place at FTX, and regulation should ensure they are in place at every centralized financial institution, whether they trade crypto or not. DeFi, on the other hand, executes risk management at the code level. Regulation should not try to enforce rules well-adjusted to centralized entities but wholly inapplicable in blockchain applications. Without Section 230, which ensured that social media platforms were not considered publishers, the internet would not have been able to develop. Regulation must approach crypto and DeFi in a similar manner.

What is left is for us to keep on building. This industry goes through dramatic booms and busts, and we definitely are in the middle of a bust. Nonetheless, the goal of crypto has not changed.

We remain committed to developing a new internet based on open-source protocols and digital ownership, and more and more people are joining the movement. If you need just a few proofs:

While the current mood is somber, there is little doubt that our industry will recover despite the severity of this particular crisis – it might even happen faster than we currently anticipate. We’ve seen it before. Cyril invested in Ledger’s seed round in 2014 at the start of a three-year-long crypto winter. I started Arianee in 2017 and built the company during 2 years of bear market before the 2021 NFT frenzy. Alexis led two bridge rounds before Coinhouse’s latest Series B led by Oddo Bank last June. We are not afraid, we are not quitting, and we will keep supporting the best projects in this space.